Gorman & Company’s Board of Directors represent shareholder interests, thereby setting corporate priorities and clear expectations for management and defining parameters for the operations of the firm.

Members of the Board include senior staff, Brian Swanton, CEO, Mike Redman, CFO, and Laura Narduzzi, Director of Operations. They bring detailed knowledge of the day-to-day operations of the company. Gary Gorman, Chair of the Board of Directors, is the former CEO and Tom Capp is Vice Chair; both provide expansive knowledge of the business and industry and bring that expertise to Board discussions. There are three well-respected business leaders who bring significant professional and relational experience to the discussions. The final board member, Dennis Davidsaver, is the trustee of the family trust which owns the majority of company stock. Dennis brings years of banking experience and represents the interests of the beneficiaries of the trust. After completing his B.A. in Economics and Law Degrees from the University of Wisconsin at Madison, Mr. Gorman began his career as a practicing attorney focusing on representation of developers and real estate syndicators. In 1984 Mr. Gorman formed a firm for the purpose of developing and syndicating multifamily real estate projects.

After the passage of the Tax Reform Act of 1986, Mr. Gorman specialized in the development of affordable multifamily rental communities utilizing the tax credit created by Section 42 of the 1986 Tax Reform Act. Gorman & Company is now a major developer of affordable rental housing as well as historic renovations. Gorman & Company has in-house design and construction divisions that have successfully completed over two billion dollars of new construction and major renovations. Tom Capp has directed Gorman & Company's real estate development since 1994. Under his direction, the company has focused on urban revitalization, mixed-income housing, historic preservation, and the preservation of affordable housing. Prior to joining Gorman & Company, Tom was a Senior Associate at Camiros, Inc., an urban planning firm based in Chicago. He is a former public official having served as mayor of Fitchburg, Wisconsin, where he also served as chairman of the city's Planning Commission and chairman of its Economic Development Commission.

As executive assistant to Dane County Executive Rick Phelps from 1993-1994, he directed land use and development policy for Dane County (Madison, Wisconsin, and surrounding areas). Tom has a degree in Economics and Political Science from the University of Illinois at Champaign-Urbana and has served on many industry boards and commissions. He also served on the Board of Directors of the National Housing and Rehabilitation Association. In 2007 he was appointed by the White House as a Panel Expert for the Preserve America Summit, an initiative created by executive order to modernize our nation’s approaches to historic preservation. He is a frequent speaker and presenter at conferences sponsored by state housing authorities, planning associations, and housing industry groups such as NCSHA, NH&RA, and IPED. Laura is responsible for the overall operations of the Gorman operating portfolio including the multi-family housing, hotels, restaurants, and conference center. Laura also plays a key role in the strategic direction of new development projects and the effective transition to an operational community. She oversees the hard work of the operating portfolio along with the facilities, training, compliance, relocation, and resident services corporate support teams ensuring all disciplines are aligned in the overarching goal of achieving well–rounded success within our operating portfolio.

Laura joined Gorman and Company in 2009 as a Regional Manager before transitioning into her current role. Prior to joining Gorman and Company, she was the VP of Operations for a Midwest hotel development and management company.

Laura holds several certifications and received her education at the University of Wisconsin – Stout in Hotel and Restaurant Management. Her passionate leadership is driven by achieving results through a focused culture of engaged team members in every position. Dennis Davidsaver currently serves as the Trustee of Gary J. Gorman Legacy Trust, which among holding other assets, holds the controlling ownership of Gorman & Company.

Prior to assuming this role in 2020, Mr. Davidsaver was in corporate banking with JPMorgan Chase Bank, NA and then lead the commercial banking team in Madison, Wisconsin for Associated Bank, NA, where he continues to serve on its Region Advisory Board. He also is also active in the community where he has served on multiple not-for-profit boards. Mr. Davidsaver holds a Bachelor of Business Administration degree from the University of Wisconsin Madison. Robert Buhler joined Gorman & Company's Board of Directors in 2018. He earned his B.S. and MBA degrees from the University of Wisconsin, Madison and began his career in commercial banking in 1979. He quickly gained experience and business acumen throughout the subsequent years.

In 1997, he left investment banking and purchased Open Pantry Food Marts of Wisconsin, Inc. As Chairman and CEO, Robert transformed the franchise – focused company to a corporate – operated entity, becoming one of the most progressive convenient store chains in the industry.

In 2012, 7-Eleven, Inc. purchased a majority of the Open Pantry store assets, Robert continues to serve as President and CEO of Open Pantry, while also managing E & K Land, LLC, a real estate investment holding company. He has been a spokesman to the U.S. Congress on industry issues and has been a featured speaker at many national industry meetings and conferences.

Robert remains a steadfast steward of the Greek Orthodox Church, a strong proponent for college education, and philanthropist for the research and cure of Multiple Sclerosis. Tom Klein received his M.S. Degree in 1974 from the University of Wisconsin, Madison in Real Estate Investment Analysis and Land Economics. Tom’s professional career includes 10+ years as Vice President of Real Estate Development at Madsen Corporation, a MidWest-based construction, development, and management company. At Madsen, he developed over 30 multi-family projects in communities throughout Wisconsin and Illinois.

In 1987, Tom was one of the founding shareholders of Oakbrook Corporation, a diversified Commercial Real Estate Company. As a Senior Vice President, he was responsible for the start-up, marketing, leasing, and management of over 6,000 apartments throughout Wisconsin, Illinois, Minnesota, Colorado, and Iowa. He brings to the Board, extensive experience in mixed-use developments, public/private partnerships, and overall management operations.

Tom retired from Oakbrook Corporation in 2014. Throughout his career, he has served on many not-for-profit boards throughout Dane County. He continues to be active in real estate consulting as the Owner of Spring Creek Realty Advisors. Dr. Tim Riddiough holds the James A. Graaskamp Chair and is a professor in the Department of Real Estate and Urban Land Economics at the Wisconsin School of Business. He served as department chair of Real Estate and Urban Land Economics from 2018-2022, and as the academic director of the Graaskamp Center for Real Estate from 2004-2009 and from 2014-2017. He is best known for his work on credit risk in mortgage lending, mortgage securitization, real options, REIT investment and corporate finance, and land use regulation. 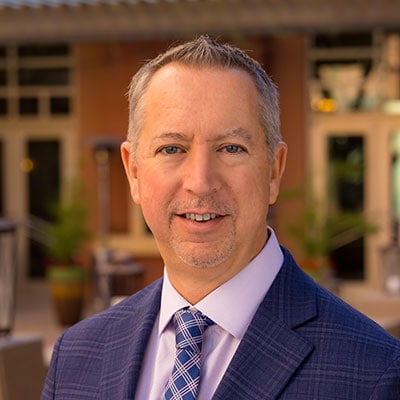 Brian Swanton transitioned into the role of President & Chief Executive Officer for Gorman & Company in 2018, after serving as the Arizona Market President since 2008. During his tenure as Arizona Market President, Brian led a multi-disciplinary team that designed and constructed over 1,000 units of new housing across the State with an emphasis on permanent supportive housing for families, seniors, veterans, and chronically homeless populations in both urban and rural locations. He also redeveloped some of the first public housing units in the country using HUD’s Rental Assistance Demonstration (RAD) program.

As President & CEO, Brian oversees all of Gorman’s business units, including design, construction, development, property & asset management, and administration. Prior to joining Gorman, he held various leadership positions in the non-profit sector, where he directed the preservation and construction of over 2,300 units of housing in 29 residential communities across Arizona and successfully refinanced and/or repositioned 1,702 units of existing affordable housing. Brian also spent eight years of his career in the public sector, serving as the Housing Development Manager for the City of Scottsdale, as well as other positions in housing and community development with the City of Glendale, AZ, the Arizona Department of Housing, and the City of Quincy, MA.

Brian holds a Master of Public Administration and a Bachelor of Science in Urban Planning, both from Arizona State University where he has taught graduate and undergraduate courses in housing finance and neighborhood revitalization. He is also certified as a Housing Development Finance Professional by the National Development Council and is the past Chairman of the Board of Directors for the Arizona Housing Alliance, Arizona’s only statewide affordable housing advocacy organization, guiding that organization through a merger with the Arizona Coalition to End Homelessness in 2017. Brian continues to serve on the Board of the newly merged organization, the Arizona Housing Coalition. He is also an active member of Greater Phoenix Leadership, the Arizona Multihousing Association, the Housing Advisory Group (HAG), the Affordable Housing Developers Council (AHDC), and the Affordable Housing Tax Credit Coalition where he advocates on the federal, state, and local levels to advance affordable housing resources across the U.S. Mike joined Gorman & Company in 2014 as the Corporate Controller. He directly supervises all aspects of the accounting department including oversight of the budget process, tax preparation, and audit. He brings to Gorman & Company many years of diverse work experience from such industries as hotel development and management, construction, retail, and transportation.

His background includes being a member of corporate leadership teams and serving in various leadership roles such as CFO, Controller, and Vice President – Finance. Mike holds a degree from Upper Iowa University and is a Certified Public Accountant. He is a member of the AICPA and WICPA and has served on boards of not-for-profit organizations.